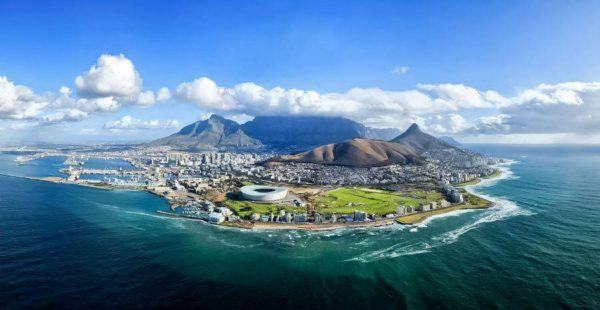 South Africa (officially the Republic of South Africa – RSA) is undeniably one of the most beautiful countries in the world. I visited the republic several times before and it was always a magnificent experience. There´s something about this country for sure. The golden sunshine and the clear blue sky residing on a horizon; country where the two oceans meet, country of the jagged mountains, the beaches in the colour of sun and the national parks overflowing with wildlife. No one is left behind, every visitor is welcome as a member of the big African family. And all of this inspires, encourages the people to create new opportunities, to strengthen relationships and to realize that we have one common goal – to make this world a better place for all of us. RSA is full of adventure and its history is fascinating, going back to the early human-like species walking the Earth. Here the lifelong memories are born from extraordinary events every single day.

As its name suggests, South Africa is the southernmost country of the Africa continent. It is bounded by coastline of the South Atlantic and Indian Oceans on the south, on the north by Namibia, Botswana and Zimbabwe. It is the only country in the world bordered by the two oceans.  South Africa ranks 25th among the largest countries of the world by land area and 24th by population with almost 53 million people. The country has got incredible 11 official languages, but people are full of understanding here.

The Big Five game is easy to find in South Africa. The name (also used the Big Five) stands for five big-game animals which are extremely difficult and dangerous to hunt on foot. The title itself was created by big-game hunters, later adopted by safari organizers and today it is used mostly for marketing purposes. In Africa, the big five game animals are the African lion, African elephant, Cape buffalo, African leopard, and rhinoceros.

The journey to South Africa is not the most challenging one. It is a traditional 6-hour flight to Dubai, short break at the airport, and then 10 hours to Cape Town. This time we enjoyed the comfort of business class and we landed perfectly fresh. I had watched a few movies on the flight (do yourself a favour and watch Me before you, please). I also slept a bit and what is most important, I gained the
Emirates Skywards Gold membership by reaching the tier miles limit with the flight to South Africa – and that´s just awesome, yay!

Cape Town together with Vancouver and Newport Beach belong to my favourite cities in the world. You cannot take your eyes of Table Mountain while landing. It is the very symbol of Cape Town and it is often acknowledged as a symbol of South Africa. Those who visited Table Mountain understand well why it was selected one of the new seven wonders. It can hardly beat the most famous African mountain, fabulous Mount Kilimanjaro, but the runner-up finish is undeniable. I read about Table Mountain and there is a quote that stuck in my head: “Table Mountain is like a famous actress, a woman of many moods. Sometimes adorable, sometimes unbearable. One day beautiful, nice, smiling, joyful, next day dark, proud, vain, spiteful. But drawing attention at all times.”

The whole tip leading right to the Cape of Good Hope is stunning. I drove through this area several times before. The journey down the coast is breath-taking. If you are lucky and you visit Cape Town between August and November, look at the sea closely. You may spot a whale or two. The Cape of Good Hope itself is a wonderful refuge, but… this crazy wind! And besides a sign there is not much to please your eyes. Well, maybe there is, you may bump into some monkeys on the way.

What you definitely should not miss out is a trip to Duker Island in Simon´s Town. One of many ships will take you there from the port. The small island, also called the Seal Island, is truly a home to hundreds of seals. I visited this place for the third time and it is always as beautiful as ever. This time, though, there were big waves, so, the cruise was not as pleasant, but I was ready – with Kinedryl! For those tough enough you can do some snorkelling with seals as well. I made friends with one seal in the docks at a price of a kilo of meat. Our friendship lasted as long as there was meat available. Once the meat was gone, it was over, but I managed to steal a kiss at last.

Boulders Beach in Cape Peninsula close to Simon´s Town offers another great experience for animal lovers. It is a beach surrounded by large boulders with a magnificent ocean view and a high number of penguins. They ignored me totally when I tried to get some photographs with them, and they did not want to make friends. One of them peck my finger, I guess in commemoration of my visit. After the trip, you may wish to have lunch, in that case drop by Constantia De – Bar de Tapas – La Parada –  a magical place. Considering other gastronomic experiences, it is worth to mention Simon´s, Goort Constantia. Simon´s restaurant is a part of 300-year old vineyard in the valley of Constantia – less than 20 minutes from Cape Town. I highly recommend the place. 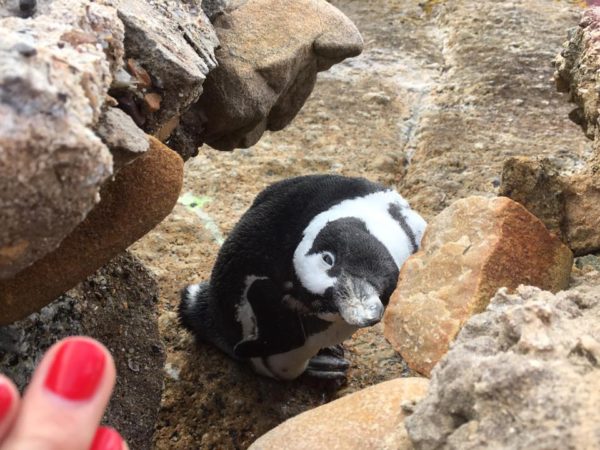 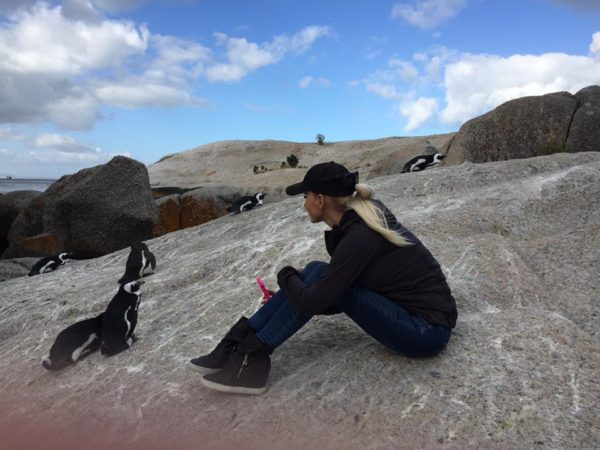 I had no energy left to go for a proper dinner. I either fell asleep after the motion sickness medication I used when we went to see the seals, or I was so worn out from all the walking. We usually got some room service in the hotel instead of dining out in style. We stayed at the Winchester Mansions Hotel, beautiful accommodation with ocean view and a fantastic restaurant called Harveys with delicious cuisine.

After a few days we set off from Cape Town to Johannesburg. It was an early rise. We woke up at five a.m. and the journey was about two hours, so I had time to nap. When we landed at O. R. Tambo International airport, we were greeted by Susana, a lady I booked the stay at the Pilanesberg National Park with. We chose the Pilanesberg Private Lodge. Susana introduced us to details about the stay and our driver transported us into the park.

Pilanesberg Private Lodge is a smaller accommodation complex with six bungalows. And yes, one of them was for us. We had some rest by the pool after the long trip, something to eat and set out on the evening ride through the bush. Right at the beginning we saw a pack of lions, herd of antelopes and a little further elephants, buffalo and many other animals. We also attended a morning safari. “Morning” because you must get up as early as 4:45 am not to miss the best show. At least once I enjoyed getting up so early. It was worth it. We were lucky enough to watch lions hunting and a whole parade of other fauna.

We also stopped in Sun City on the way from the park. I visited the place with my son Adam some years ago. Sun City is a world known complex of four hotels, sea world and an entertainment park with two grand golf courses. One of them – Gary Player Country Club – hosted the European Tour, Nedbank Golf Challenge at the time of our visit. The second – Lost City Golf Course – is my favourite in Africa. Their driving range full of monkeys is fantastic. 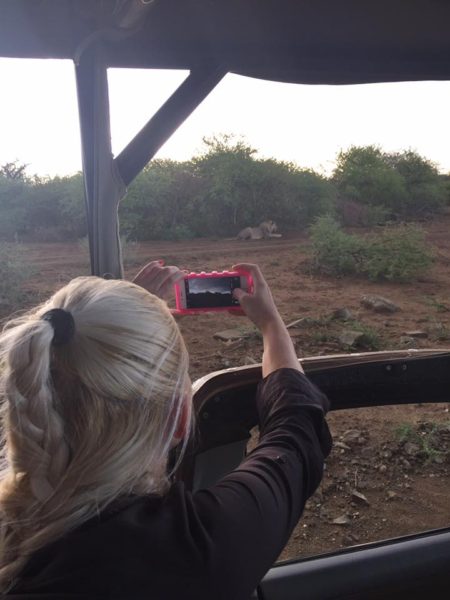 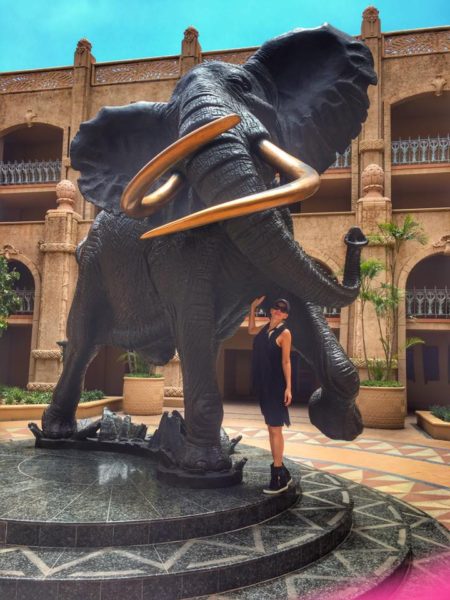 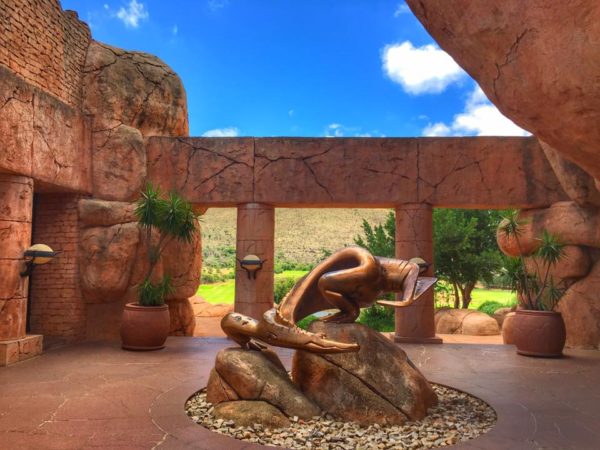 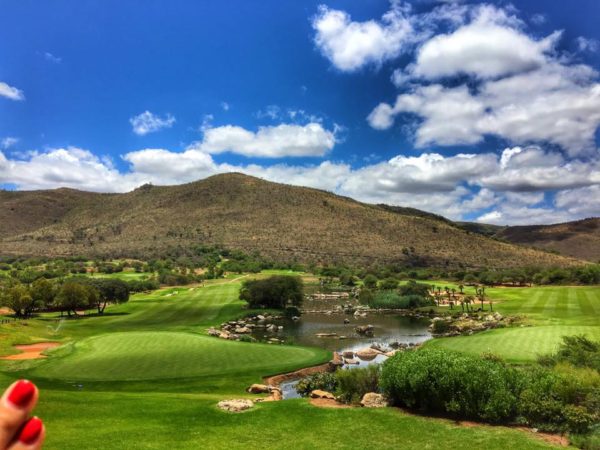 From here we headed to the city of Johannesburg, also called Jo´burg (Jozi, JHB) – the city of gold. We stayed in the Fairlawns Boutique Hotel – a gorgeous, cute and cozy little hotel with a swimming pool and spa. Actually, I don’t like big hotels such as Atlantis (Bahamas). That´s why we looked for something rather small and this was just the ticket. I truly enjoyed the stay. We made a few trips around the city. The most memorable was the Nelson Mandela´s house. We didn´t miss out on a visit to Sowet (South Western Township), which beats experiences such as visits to museums, galleries and the ZOO. The poor and overpopulated suburb strongly contrasts with prosperous northern part of the city. These kind of suburbs are called slums and are result of the influx of indigenous people heading to the city in search of a better life. City means wealth, money, possibilities to them. The reality is different, though, and leads to disillusion. Many immigrants end up in the slums. The population of Johannesburg is somewhere around 4.4 million people and the city is industrial and economical centre of the RSA, and the seat of the Constitutional Court of the country. It ranks among the 40 largest cities of the world. 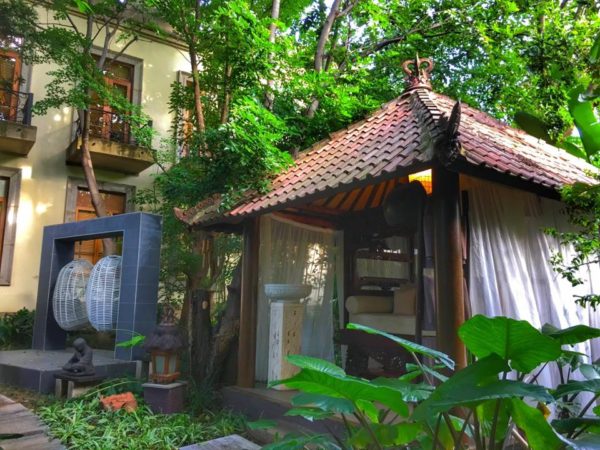 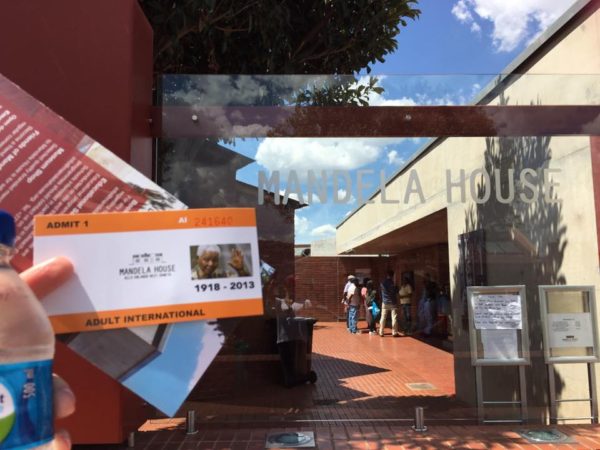 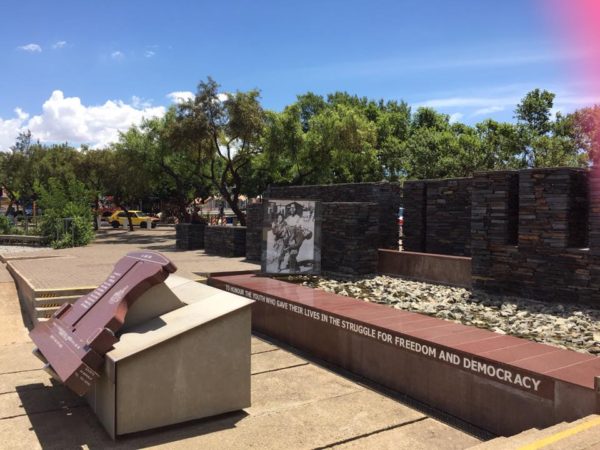 Interesting things that caught my attention: 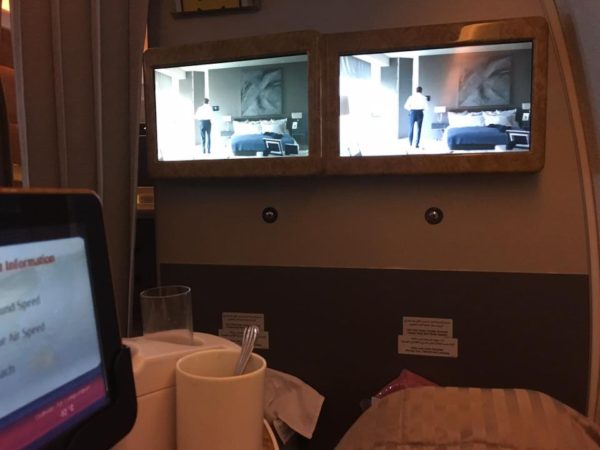