DIVING in Mozambique and South Africa

Ponta d’Ouro is reachable only 4×4 all-terrain vehicle, which will be available. “Golden Site” is popular for many reasons – the people here are friendly, pristine beaches and many also attracts nightlife during the holidays, when this place turns into a real Gauteng at sea! Otherwise Ponta D’Ouro peaceful place offering convenient location for divers of all levels with amazing topography, beautiful coral, rich marine life, unusual invertebrates, deep dives adrenalin and good opportunities for observing sharks and other large pelagic animals. Space between Ponta do Ouro and other departments to rustic complex Ponta Malongane the north, are generally shallow and suitable for novice divers, while experienced divers looking for deeper reefs between Ponta Malongane and Ponta Mamoli exclusive resort.
Ponta Malongane is much quieter than the Ponta do Ouro and is superbly located for all the top dive sites, while Ponta Mamoli is remote, romantic resort on the famous sandy beach.

Ponta D’Ouro is visited year-round destination, but if you’re tired of being part of a crowd, it is best to avoid time during a holiday in South Africa.
Water temperature: Range from 21 ° C in winter to 29 ° C in summer.
Conditions for diving: Hot water, good visibility and a large number of professional diving schools. Visibility is usually between 10 and 15 m in winter (June to August) and 20 to 30 m in summer (December to February). All diving is a rigid inflatable boat (RIB) surfing from the beach.
Recommended neoprene: The 5mm is more than sufficient, and in the summer we recommend sorta.

Whale sharks are the most seen since the end of October to March, while the humpback whales are occasionally spotted during their migration proportion coast between July to December.

is a diving mecca of South Africa. It is part of the iSimangaliso (formerly Greater St. Lucia) Wetland Park and is a UNESCO World Heritage Site. Warm water flowing down from Mozambique have a positive influence for the development of coral. Extensive tropical reef lies parallel to the coast at a distance of 500 m. Diving takes place on the sites of the big inflatable boats and ride on them is sometimes very adrenaline experience.
Sodwana reefs are one of the southernmost coral reefs in the world, with almost 100 species of hard and soft corals and 1200 fish species. Status of coral in this area is incredibly good. According to Professor Michael Schleyer, deputy director of the Research Institute of Oceanography, corals in Sodwana Bay are unique in the world for three reasons: a mixture of 60% hard and 40% soft corals are found nowhere else in the world, due to the waves grow corals in width and are flatter, and finally located deeper than most other reefs.

Sodwana Bay has a year-round subtropical climate and good visibility. The best diving is during the warm summer months, from November to May. Despite the fact that here in the summer rains, visibility even during the summer months is good. There is here no large rivers flowing into the ocean, which in the rainy season can adversely affect visibility. The period from October to February period is the whale shark, bull shark is often seen in November and Sand tiger shark in large numbers occurs from December to the end of February / March.

Water temperature: In the range from 19 ° C to 28 ° C when the Mozambique current brings warm water to the coast.

Conditions for diving: The average visibility is 14 to 21 meters, but can reach up to 35 m during good days. All locations are accessible by boat from the coast, however, get ready for an exciting ride on the surface.

Recommended neoprene: 3 mm wetsuit is sufficient in summer, in winter, on the contrary, a minimum of 5mm. 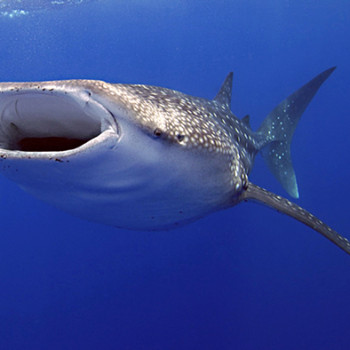 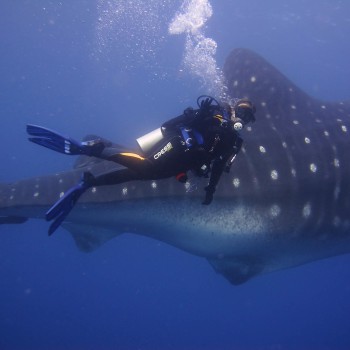