Coast south of Durban offers one of the most diverse and interesting diving in South Africa. The premiere destination as Aliwal Shoal and Protea Banks are regularly mentioned in prestigious international journals diving.
There are three main areas in which it is possible to dive here. Most dive operators are concentrated in Umkomaas, located 40 minutes south of Durban. Aliwal Shoal is according to the magazine Diver Magazine ranked among the top ten dive sites in the world. It is about 5 km long section located at a distance of 3-5 km from the coast. It offers not only an incredible amount of marine species, but also interestingly rugged topography of the seabed.
Local attractions include two wrecks – The Produce and Nebo. In most dives, you can see a huge striped sea bass, elegant stingrays (including mant), turtles and, of course, large flocks of pelagic fish. The main attraction here but Sand tiger shark, which is found here in the mating season, ie. From June to November. You can see there is the tiger shark or hammerhead. If your dream is to get into a tight, almost personal contact with these predators, then you’re in the right place.

The baited Tiger Shark dives take place to the south of the Aliwal Shoal itself.
We chum the water to create an odour corridor that then attracts the Tiger Sharks. We have two bait drums, one that attracts the smaller sharks, like the Oceanic Black Tips and another to bring in the big boys and girls. The dive takes a minimum of an hour and we see up to 50 sharks that come in to visit us. Once we enter the water to dive with the sharks, we can then observe the sharks in their natural environment.

Before the Tiger Shark Dive, we will give a full briefing to help you to understand their behaviour and how we should behave. Tiger Sharks are very shy, they are also very inquisitive and intelligent animals which is why they are one of the ocean’s apex predators and deserve the highest respect. We also have a cage that is used for snorkelers (if they so wish) and to date we have never had any adverse reactions from any of the sharks we have dived with.

We could see between two and six tiger sharks in the summer months, some bigger than 5m, as well as oceanic blacktip sharks, dusky sharks and sometimes other species including bull sharks (known locally as Zambezi sharks)

is a diving mecca of South Africa. It is part of the iSimangaliso (formerly Greater St. Lucia) Wetland Park and is a UNESCO World Heritage Site. Warm water flowing down from Mozambique have a positive influence for the development of coral. Extensive tropical reef lies parallel to the coast at a distance of 500 m. Diving takes place on the sites of the big inflatable boats and ride on them is sometimes very adrenaline experience.
Sodwana reefs are one of the southernmost coral reefs in the world, with almost 100 species of hard and soft corals and 1200 fish species. Status of coral in this area is incredibly good. According to Professor Michael Schleyer, deputy director of the Research Institute of Oceanography, corals in Sodwana Bay are unique in the world for three reasons: a mixture of 60% hard and 40% soft corals are found nowhere else in the world, due to the waves grow corals in width and are flatter, and finally located deeper than most other reefs.

Sodwana Bay has a year-round subtropical climate and good visibility. The best diving is during the warm summer months, from November to May. Despite the fact that here in the summer rains, visibility even during the summer months is good. There is here no large rivers flowing into the ocean, which in the rainy season can adversely affect visibility. The period from October to February period is the whale shark, bull shark is often seen in November and Sand tiger shark in large numbers occurs from December to the end of February / March.

Water temperature: In the range from 19 ° C to 28 ° C when the Mozambique current brings warm water to the coast.

Conditions for diving: The average visibility is 14 to 21 meters, but can reach up to 35 m during good days. All locations are accessible by boat from the coast, however, get ready for an exciting ride on the surface.

Recommended neoprene: 3 mm wetsuit is sufficient in summer, in winter, on the contrary, a minimum of 5mm. 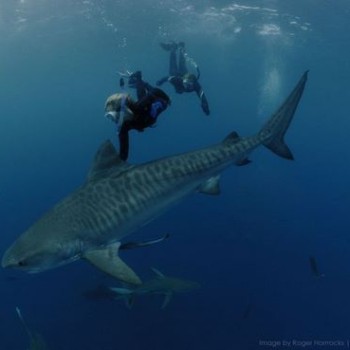