Hilton Head Island, sometimes referred to as simply Hilton Head, is a Lowcountry resort town located on an island of the same name in Beaufort County, South Carolina, United States. It is 20 miles (32 km) northeast of Savannah, Georgia , and 95 miles (153 km) southwest of Charleston. The island gets its name from Captain William Hilton. In 1663, Hilton identified a headland near the entrance to Port Royal Sound, which he named “Hilton’s Head” after himself. The island features 12 miles (19 km) of beachfront on the Atlantic Ocean and is a popular vacation destination. In 2004, an estimated 2.25 million visitors pumped more than $1.5 billion into the local economy. The year-round population was 37,099 at the 2010 census , although during the peak of summer vacation season the population can swell to 275,000. Over the past decade, the island’s population growth rate was 32%. Hilton Head Island is a primary city within the Hilton Head Island-Bluffton-Beaufort, SC Metropolitan Statistical Area.

The island has a rich history that started with seasonal occupation by native Americans thousands of years ago, and continued with European exploration and the Sea Island Cotton trade. It became an important base of operations for the Union blockade of the Southern ports during the Civil War. Once the island fell to Union troops, hundreds of ex-slaves flocked to Hilton Head, which is still home to many “native islanders”, many of whom are descendants of freed slaves known as the Gullah (or Geechee) who have managed to hold on to much of their ethnic and cultural identity. 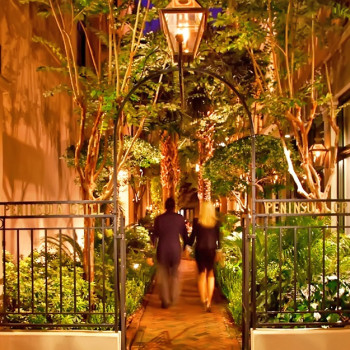